Largest Cranes In The World 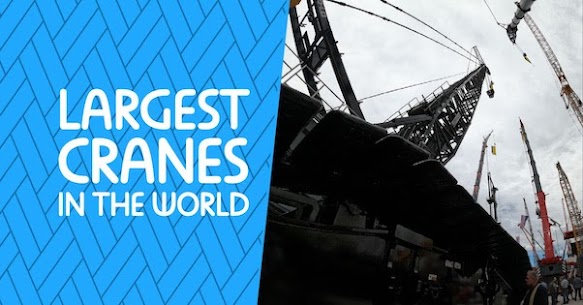 There are many cranes in the world today and its unknown what the largest crane in the world could be. What cranes that are reported are the only ones to have set a record.

The Liebherr LTM 11200-9.1, built by the German company Liebherr Group, is the most powerful mobile crane ever built. It also has the longest telescopic boom in the world, which extends fully to 100 meters. It's set on a double cab truck and can lift 1200 metric tons - that's nearly 700 automobiles. That's real pound-for-pound power for its category, but ultimately not the strongest crane in the world when compared to stationary cranes.

Tandon has one of the largest cranes rough terrain cranes, GR-1600XL-2 three-axle chassis.

Tadano has launched a 160 ton Rough Terrain crane, the GR-1600XL-2 on a three-axle chassis. The new crane, the largest Tadano RT to date, features a 200-ft., six-section main boom, with a new rounded profile design and single telescope cylinder.

Need an aerial lift train the trainer class in your State. We also offer scissor lift training for all types of scissor lifts. Give us a call today at (888) 501 - 1355

Our History
All Purpose Crane Training instructors combined brings over 100 years of training and field experience. We strive to deliver the highest standard of quality crane certification training.

Fill out my online form.